What to see in Sanremo

16 things to see in Sanremo

Sanremo is the largest city in the Riviera of Flowers and, therefore, in addition to having beautiful beaches, it also has many things to see more or less hidden.

In this city, history prevails, culture and architecture. The list of things to see is rich, just choose according to your tastes.

Do not miss the best: here is the list of the 15 things to see absolutely in Sanremo. 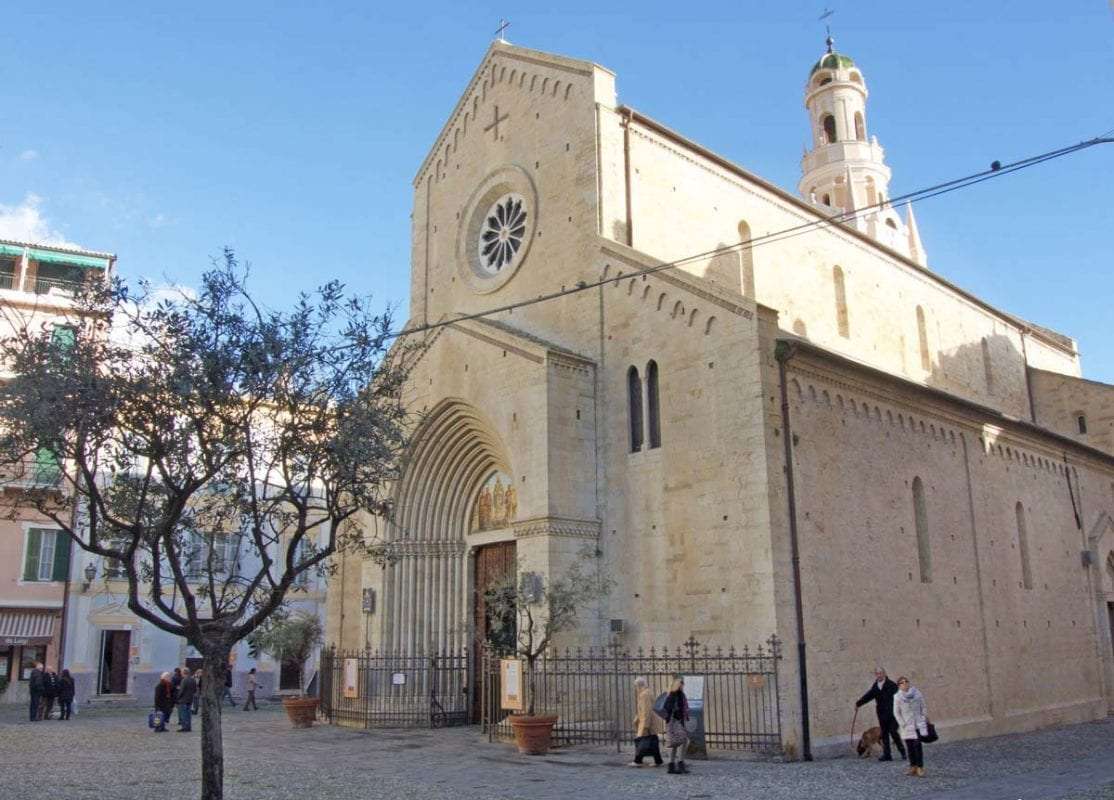 The Cathedral of San Siro was built in 811 AD and was rebuilt in the 13th century. This makes it the oldest religious building in Sanremo.
According to tradition, the bishop of Genoa Siro, who later became a saint, used to celebrate mass here.
The oldest parts of the church are the two side doors with their bas-reliefs.
Inside the church there are the works of Anton Maria Maragliano, including a statue of the Madonna del Rosario. Another interesting work is the black crucifix by an unknown 15th-century author. 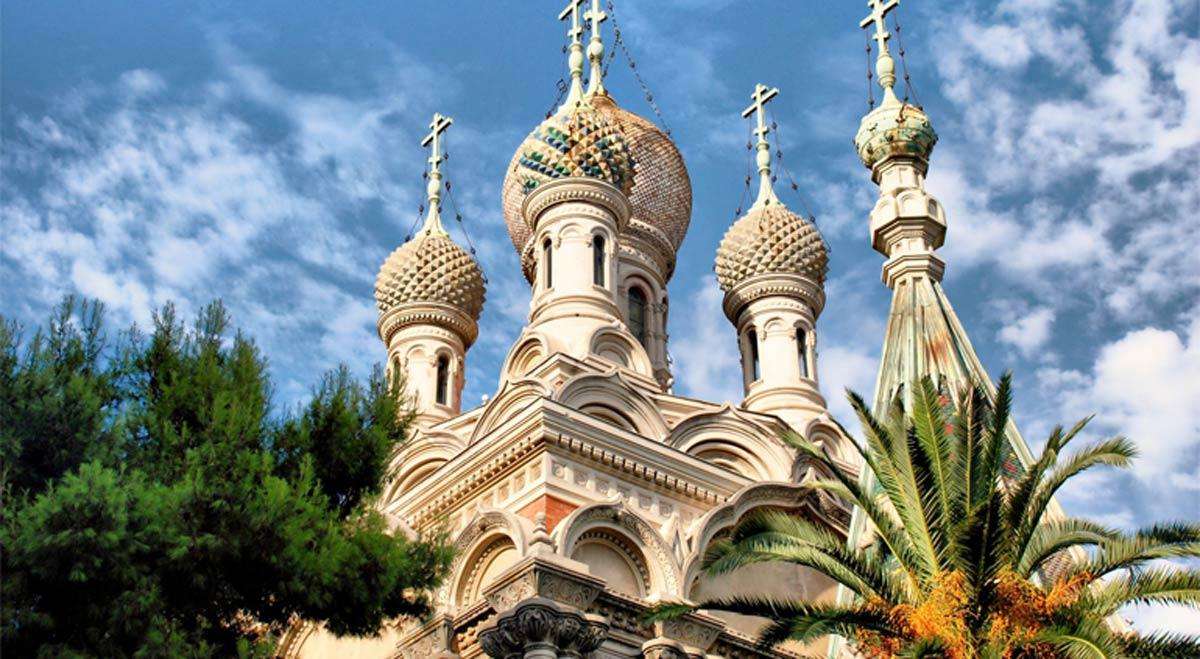 The Russian Church was built in 1912, when the Russian community, on holiday in Sanremo, reached a thousand people.
Today this work of art is one of the most famous symbols of Sanremo.
This beautiful building stands at the beginning of the Empress Walk, which was named in honor of Tsarina Maria Alexandrovna.

The structure is characterized by the typical round domes of Russian architecture and inside the courtyard you can admire the busts of Vittorio Emanuele III and Elena of Montenegro.

On top of the Pigna, the historic center of Sanremo, stands the sanctuary of the Madonna della Costa, about 100 meters above sea level.

This church has a Latin cross plan and a Baroque style facade where the marble representations of Saints Siro and Romolo are placed. The interior is enriched with many wooden statues.
The sanctuary was probably built in 1361 when the castle was ceded to the Republic of Genoa by the Dorias.

On that occasion the tradition of the famous feast of chains began: every year the Sanremo people go to the sanctuary dragging chains to celebrate the liberation from the Dorias. 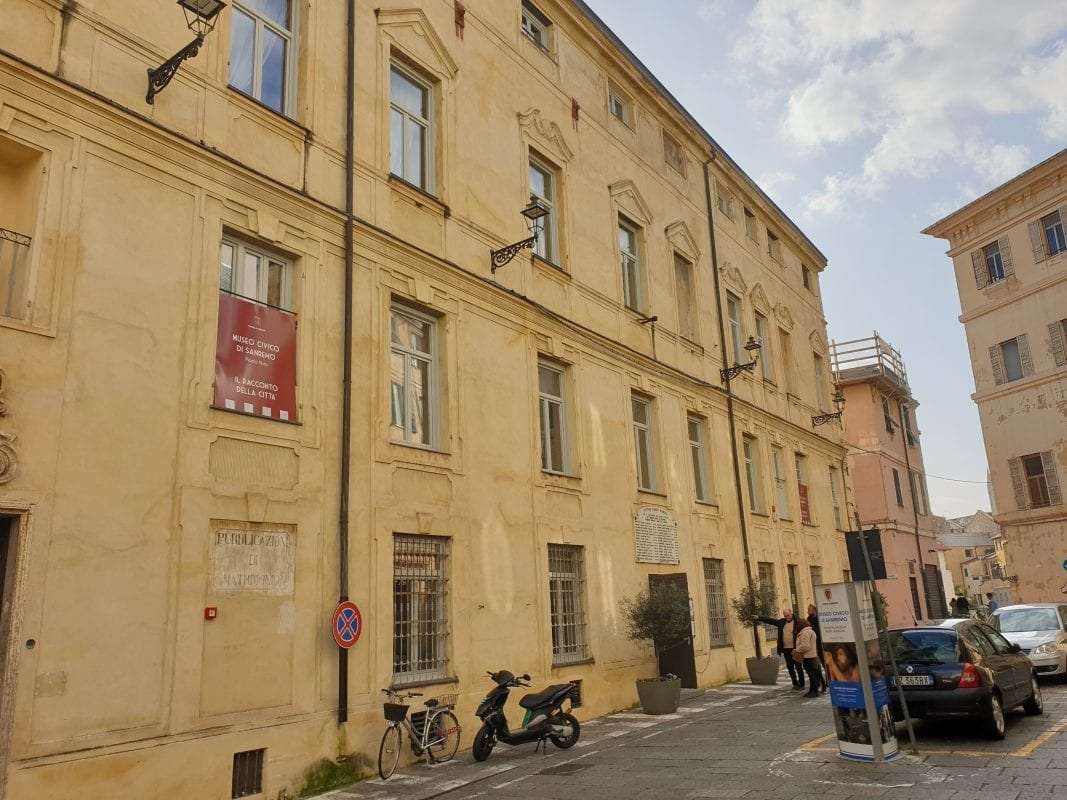 The civic museum of Sanremo is housed in the monumental eighteenth-century building of Palazzo Nota.
This building, which was formerly the residence of the Genoese commissioner and municipal seat, has been restored in all its beauty.
On the first floor the museum preserves ancient testimonies of the Sanremo area since prehistoric times.
On the second floor you can admire the historic Hall of the municipal council with the frescoes in 700 and in the other rooms the art gallery has been set up which houses precious paintings and sculptors from 1600 onwards.
Within the path you can take advantage of engaging multimedia paths. 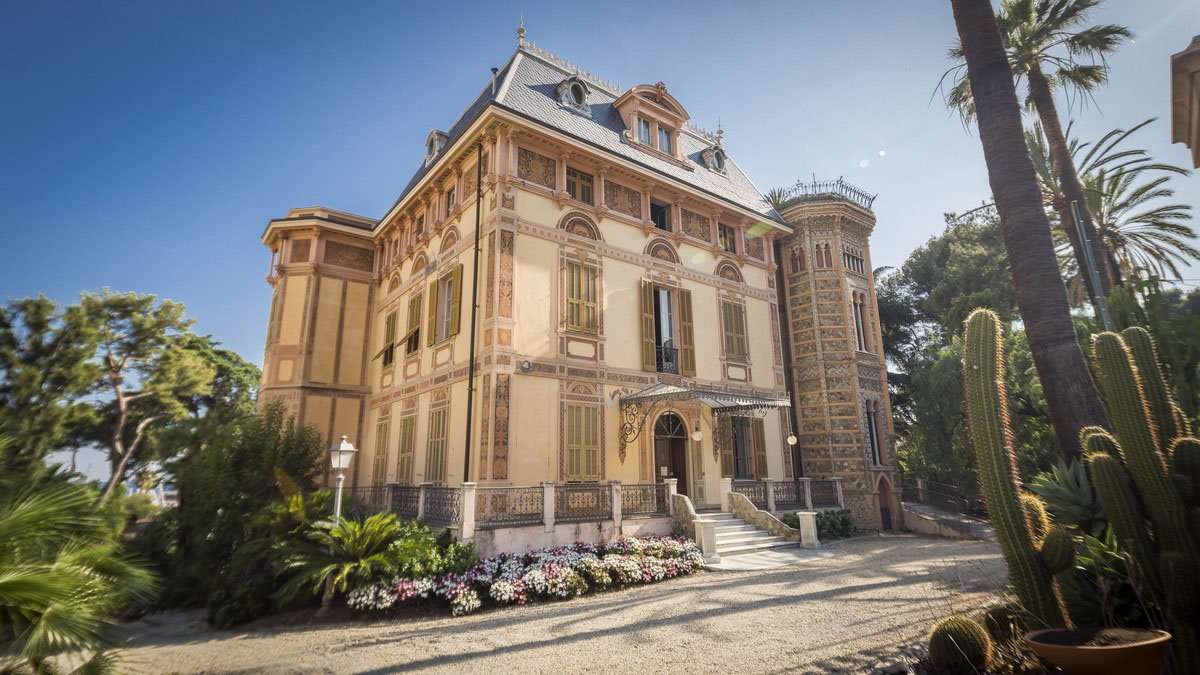 Villa Nobel it owes its name to the Swedish scientist Alfred Nobel, the same who invented dynamite and who created the most important prize in the world in the field of science, literature and peace.
The scientist, like many foreigners at the end of the nineteenth century, chose Sanremo and the Riviera dei Fiori as a retreat for health reasons and to install a laboratory for his studies.
The villa which dates back to 1870 is built in the Moorish style.
Inside it houses the exhibition “Discover the 19th century” which illustrates the technological development of that century and the role that Nobel and his inventions had in various fields. The other rooms of the Villa are dedicated to the life and personality of Nobel.

Even the garden of the Villa has a certain value: according to the style of the 19th century Riviera gardens, the park was created by housing both typical plants and exotic and rare species. 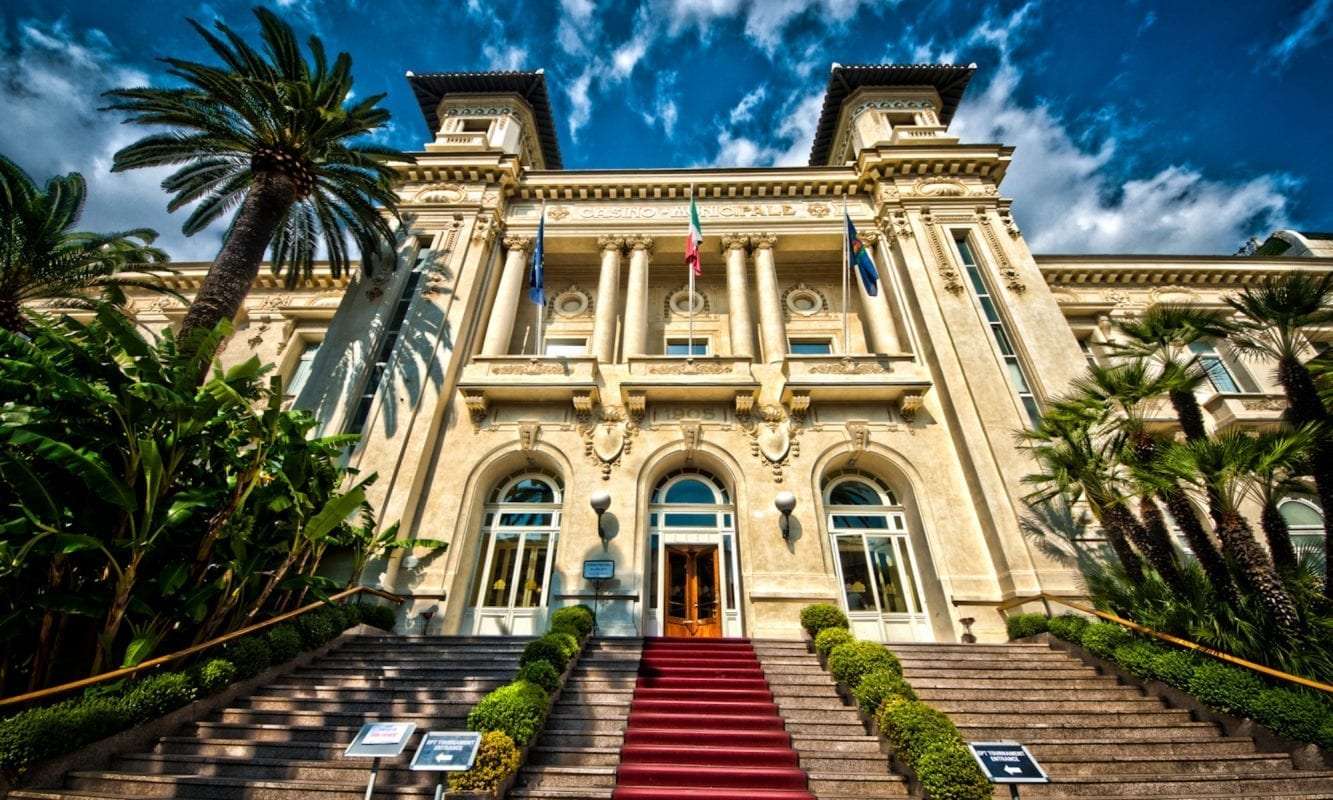 The Sanremo Casino is one of the three Italian casinos still in business.
The structure, in Art Nouveau style, was designed by the Parisian architect Eugenio Ferret, who was also the manager for the first 2 years.
Apart from the period of the Second World War, where it was closed with a royal decree, the Casino of Sanremo has been open since 1905.
During your stay, a visit to the Sanremo Casino is recommended even just to admire the structure and the gaming rooms up close. free admission but is reserved for adults only. 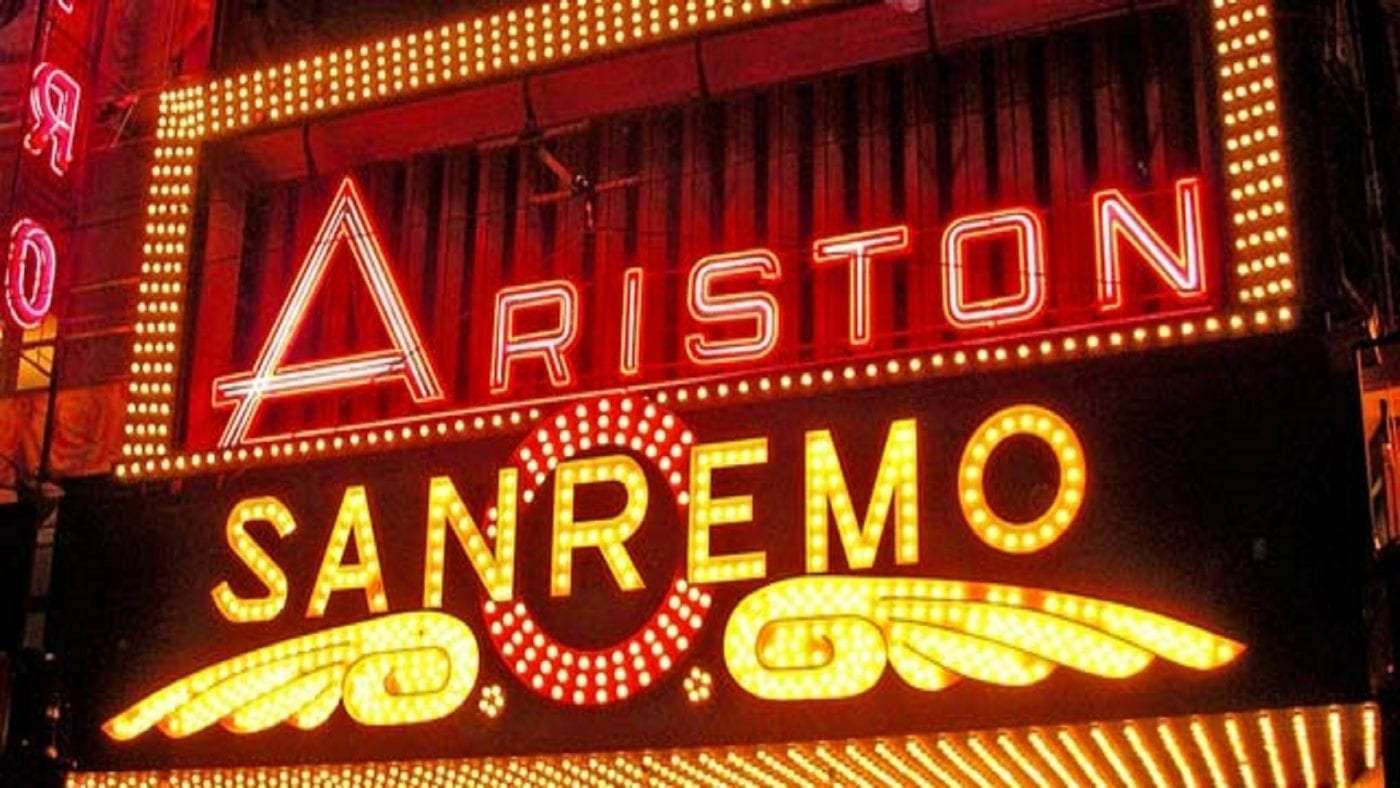 The Ariston Theater in Sanremo is the famous stage where the Italian song festival takes place every year or, simply, the Sanremo Festival.
The Ariston, during the year, is a multiplex cinema, and a theater where ballet, opera, exhibitions, cabaret and other musical events such as the Tenco Award are represented.
The main hall where the festival takes place has a capacity of 2000 seats.
If during your stay in Sanremo you want to spend an evening at the cinema, I suggest you do it at the Ariston, to breathe the atmosphere of this historic place. Otherwise you can simply take a picture of me in front of the famous entrance. 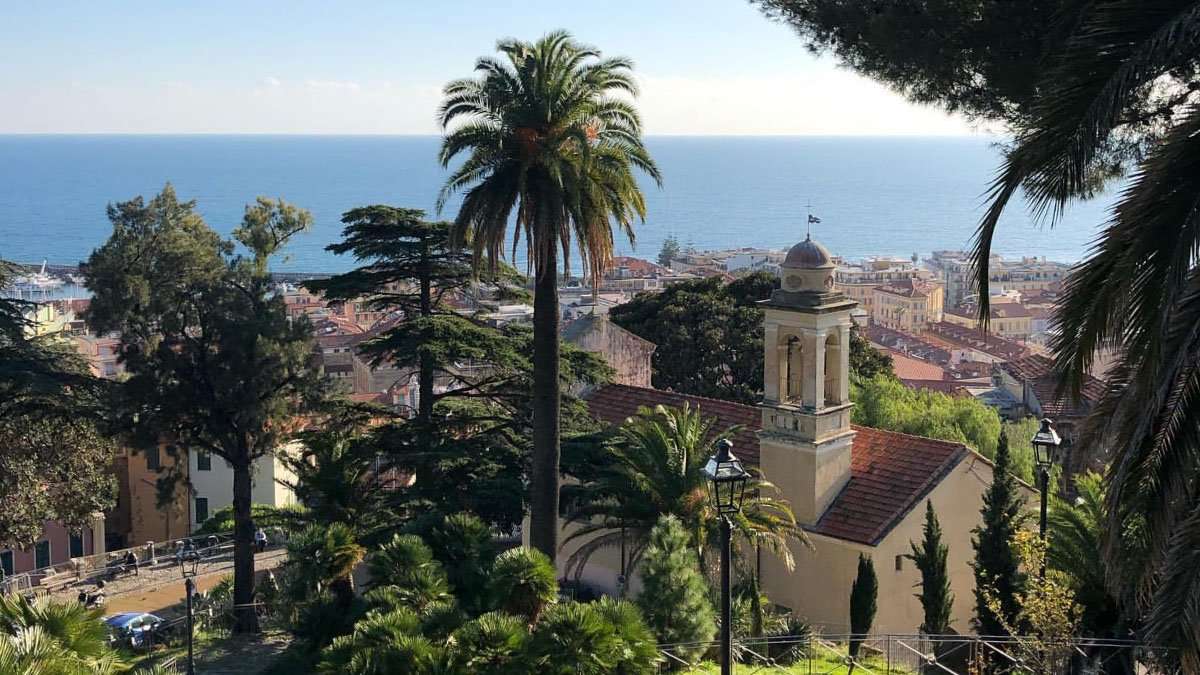 Giardini Regina Elena can be reached by crossing the narrow alleys of the Pigna, the historic center of Sanremo.

This park is certainly one of the most curious and suggestive areas of the city: the garden full of palm trees is just below the Sanctuary of the Madonna della Costa and offers a wonderful view of the city of Sanremo, the port, in an expanse of roofs from which the bell towers of the churches stand out. The blue background of the gulf of the city of flowers makes the panorama unique. 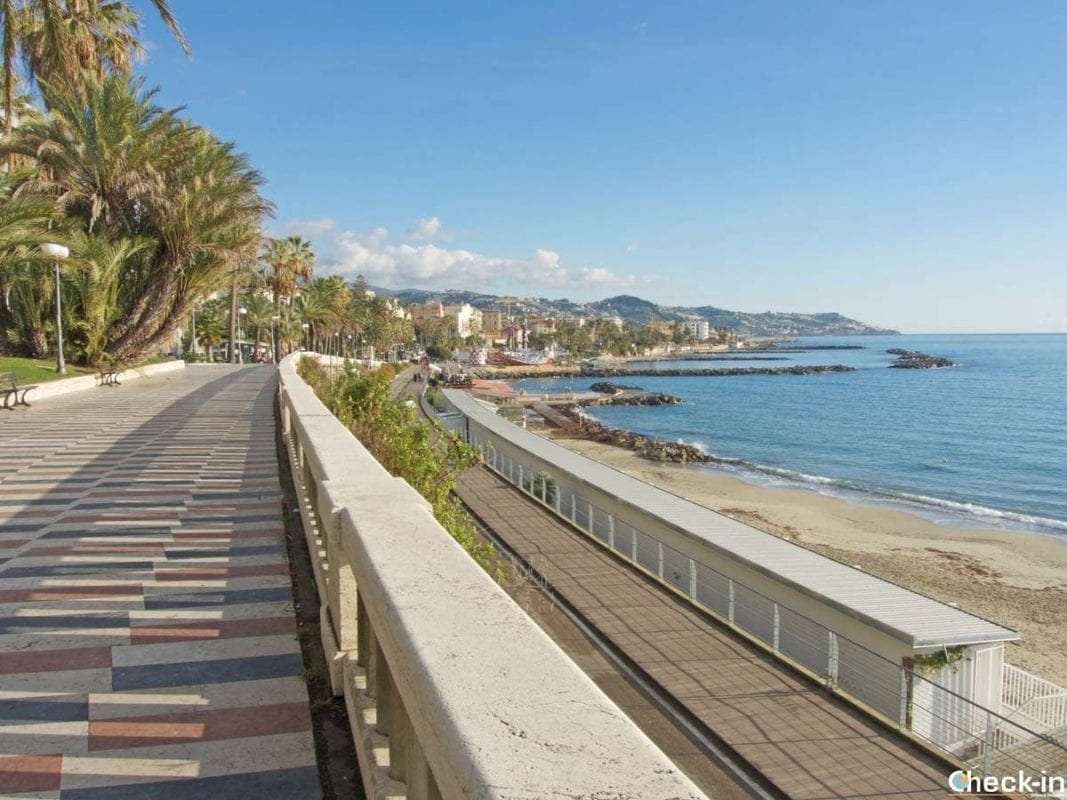 The walk of the empress is one of the symbols of the splendor that Sanremo, and the whole Riviera dei Fiori, had between 1800 and 1900.
This beautiful seaside promenade, paved with marble and adorned with the statue of spring by the sculptor Vincenzo Pasquali, is named in honor of the Empress of Russia, Maria Alexandrovna.

Some of the palm trees that make this Promenade unique are still those that the Tsarina decided to donate to the city of Sanremo to thank during a pleasant stay on the Riviera. 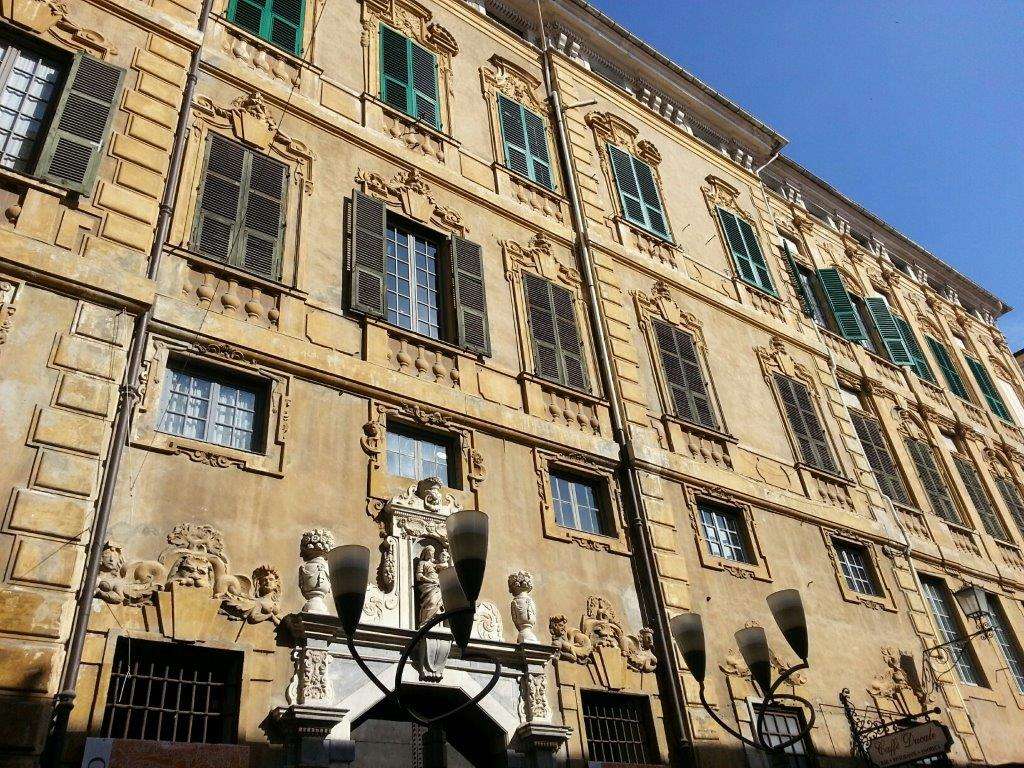 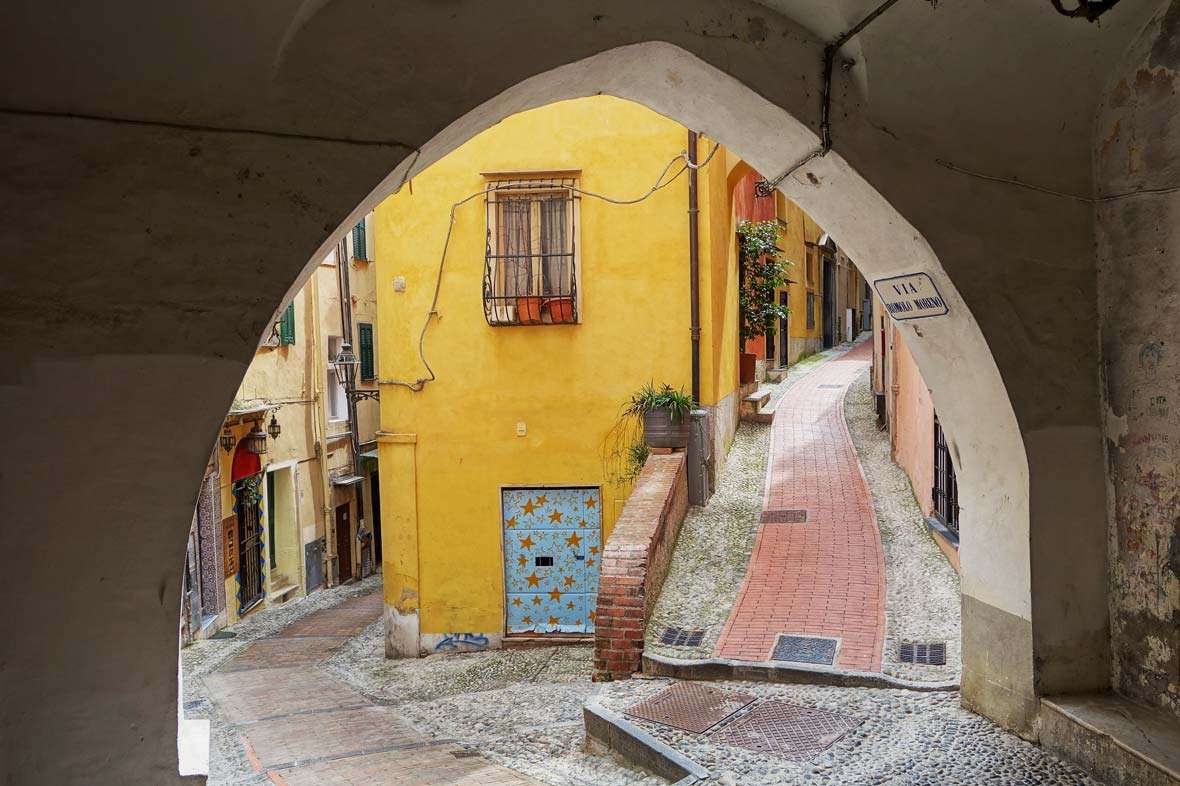 Sanremo retains all the charm of the Middle Ages in the “old city” district also called the pine cone for its characteristic conformation, a labyrinth of alleys, stairways, arches, covered passages that branch off in concentric rings from the top of the hill and all of its important facing the central Piazza San Siro.

Here, especially during the day, it is curious to get lost in the alleys and climb to the top to visit the Madonna della Costa Sanctuary and admire the view from the Regina Elena gardens.

The gardens of villa Ormond 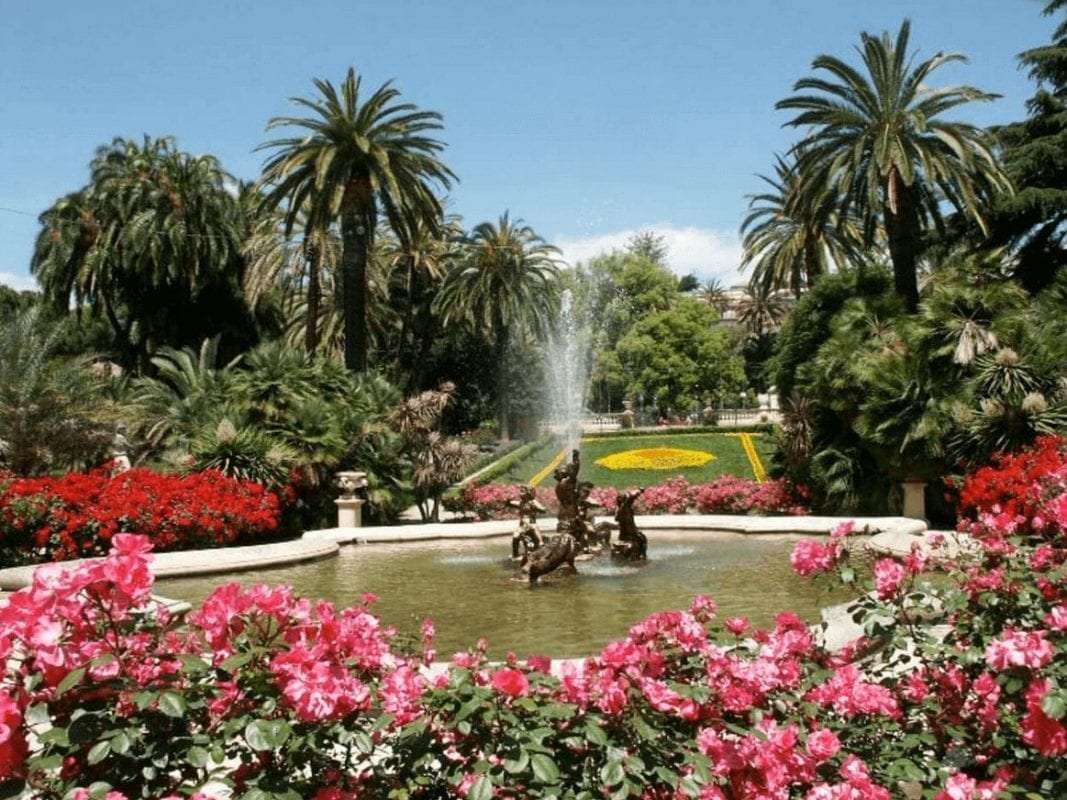 In the eastern part of the city, in Corso Cavallotti, you can visit the park of Villa Ormond.
For lovers of nature and gardens, this is a must-see stage: The garden is full of exotic, rare plants and very old specimens that have reached truly remarkable dimensions.
A particular feature of this garden is that it has a “room” pattern with thematic areas characterized by the types of plants present: there is the ficus area, the palm grove, the orangery, the Japanese garden and the central part has the classic conformation of the Italian garden. 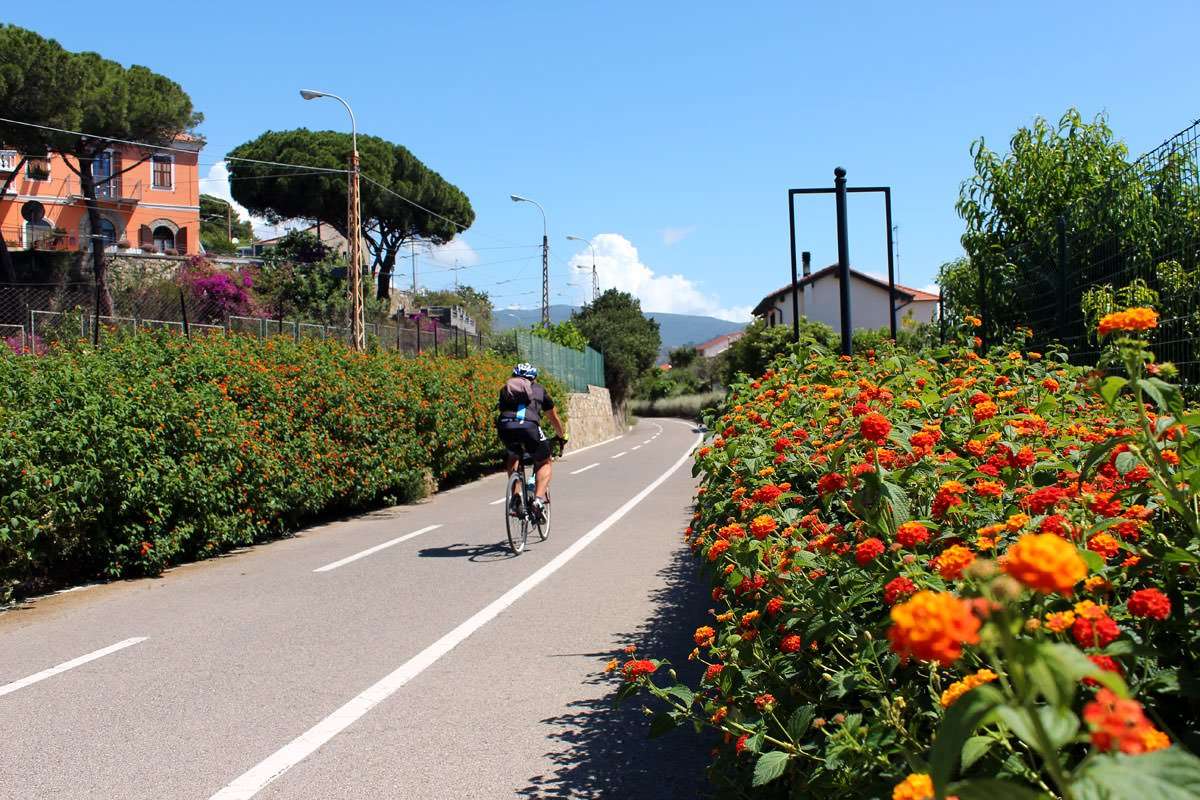 With the displacement of the railway line behind the city, today one of the cycle paths, probably the most beautiful in Europe, passes in Sanremo: the cycle path of the Riviera dei Fiori that connects San Lorenzo al Mare to Ospedaletti.
It is absolutely recommended during your visit to the Riviera to dedicate half a day to discovering this wonderful 24 km long walk, perhaps by renting a bike in the many kiosks that offer this service. 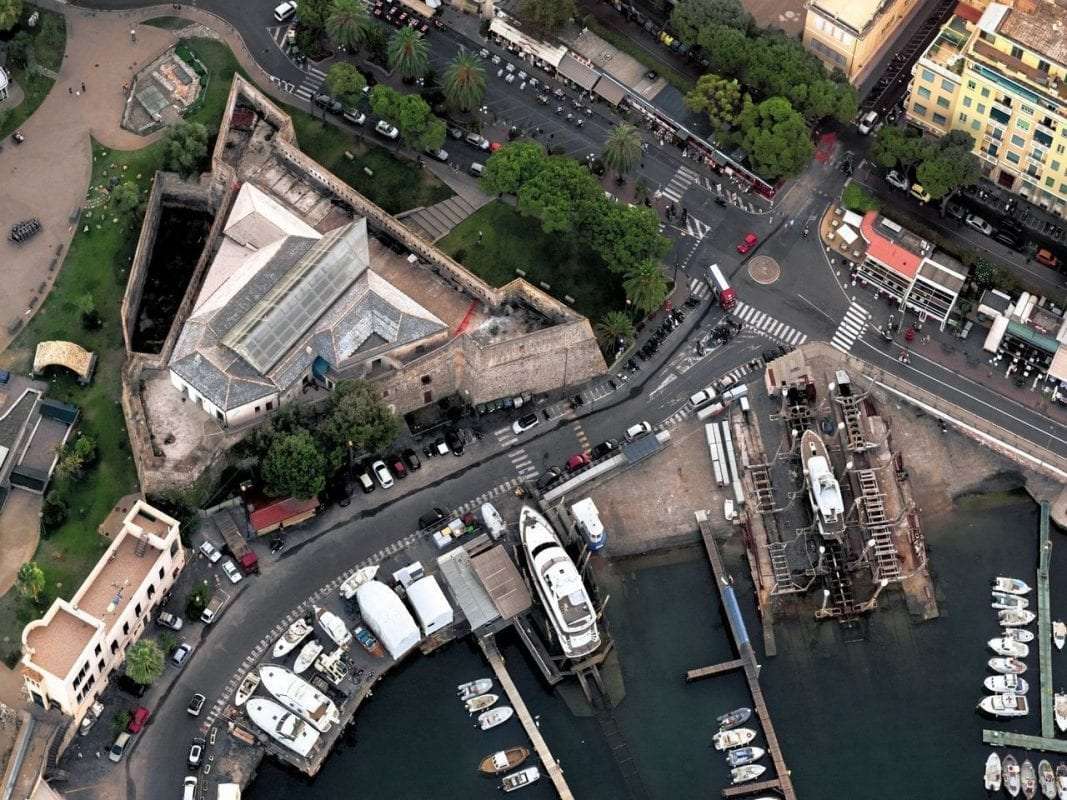 The fort of Santa Tecla is located in one of the most beautiful areas of the city, right next to the Old Port.
This triangular fort was built by the Republic of Genoa to keep the rebellious city of Sanremo at bay.
A bastion is right towards the city and was well equipped with artillery. And this is precisely the oddity, the cannons were aimed towards the rebel city and not towards the sea for defensive purposes.
It was then used as a prison until 1997 and now, after the restoration, it is used by the municipality as a venue for cultural exhibitions. 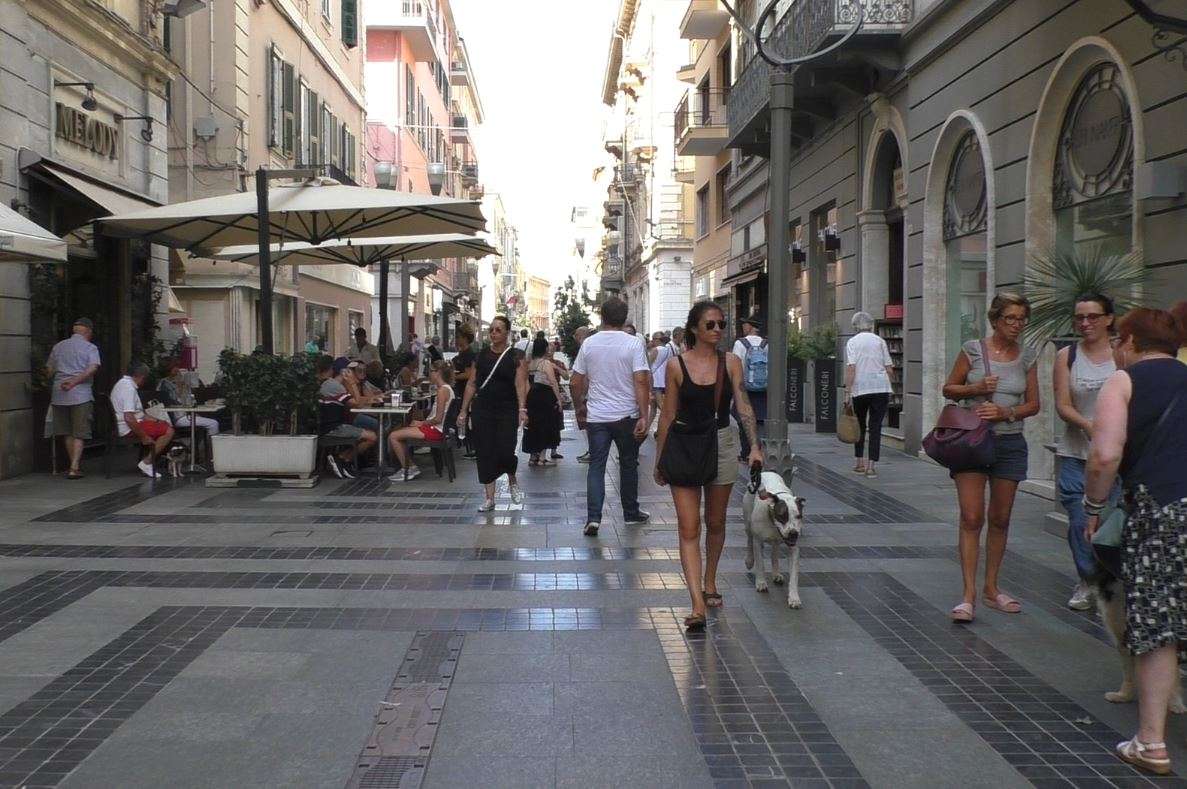 Via Matteotti is the street of Sanremo shopping and nerve center of the city.
Along the way there are historic boutiques with the selections of the great fashion brands and many single-brand stores of the most famous brands.
Along the street, and in the nearby alleys, there are numerous bars and restaurants where you can have a coffee or a snack.
In this area there are many of the others points of interest mentioned in this guide as the Ariston theater, Palazzo Borea d’Olmo, the Casino of Sanremo, and a little further on the Russian church. 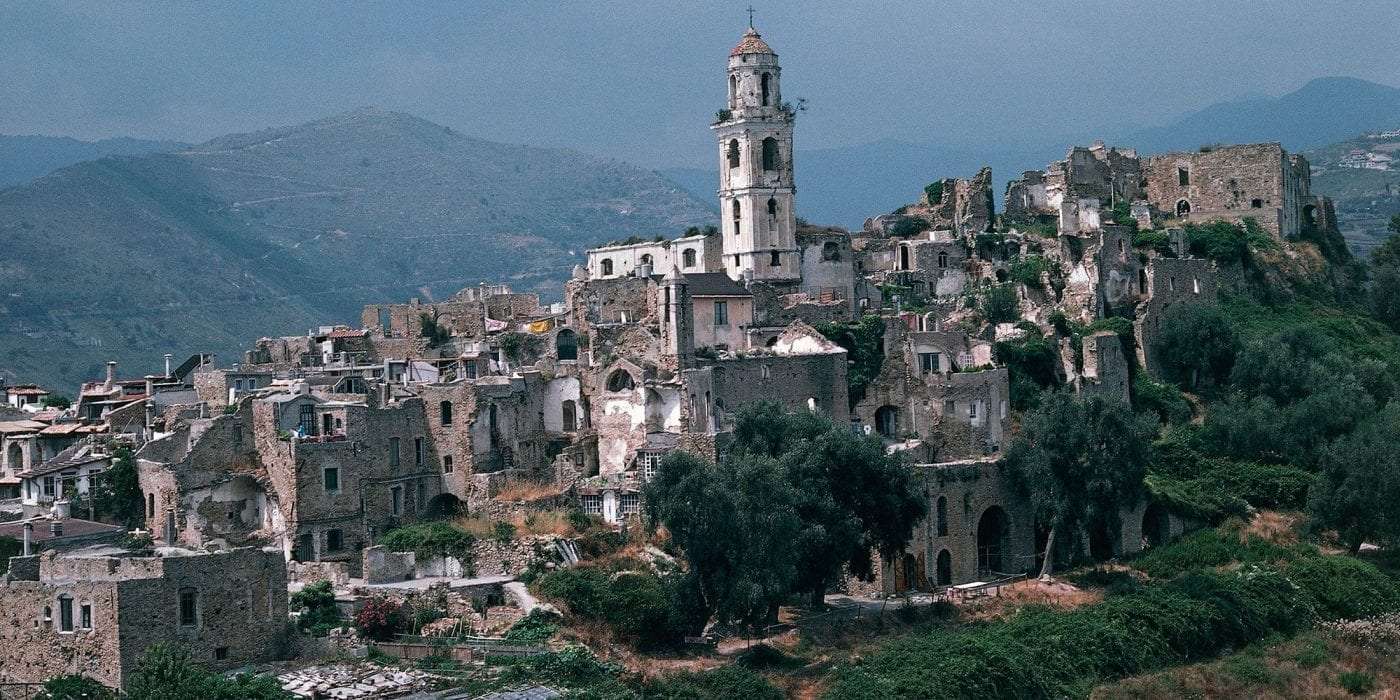 Bussana vecchia is a charming village a stone’s throw from Sanremo that is definitely worth a visit.
Its history is quite particular: the country was abandoned by order of the military authority imposed by the government in 1887 after a violent earthquake . At that time the inhabitants founded Bussana Nuova a little closer to the sea.

At the end of the 1950s it began to be inhabited by a group of artists attracted by the beauty and uniqueness of the place. This small community began to grow and a real one was created village of artists and free thinkers . In this enchanted place they were free to express their creativity.

If you want to visit Bussana vecchia you will have to dedicate yourself about an hour . You can take a tour of the characteristic shops and ateliers of the Artists scattered around the ancient Borgo.
The points of interest to visit in Bussana vecchia are certainly the old one Church of Sant’Egidio, which still shows traces of the ancient stuccos and original paintings, e the oratory of Giovanni Battista located in the east of the country. Both of these structures can only be visited from the outside.