The Riviera di Ponente is undoubtedly the part of Liguria with the most extraordinary variety of landscapes: Mediterranean vegetation, olive trees, vines, citrus groves, long beaches and valleys with ancient perched villages.

If you don’t know it, however, it is not always easy to find your way around. You need someone to reveal the secrets of this varied land to you.

In this guide you will find out everything you need to know about this wonderful part of Liguria and all the reasons why you shouldn’t miss its wonders during your stay. 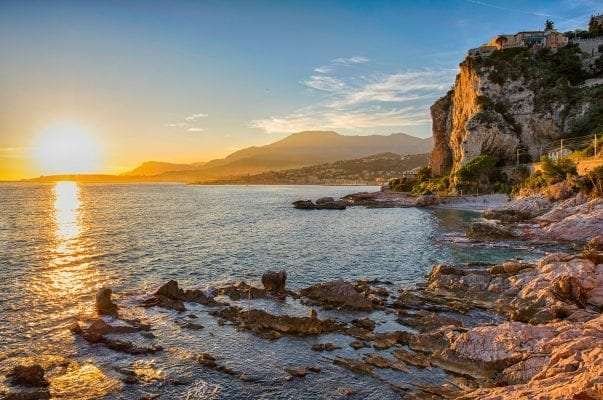 Where the Riviera di Ponente is located

The Riviera di Ponente is the territory that connects the border of Ventimiglia with the French Riviera to the city of Genoa and includes the provinces of Savona and Imperia.

In this territory, variegated rich in medieval villages, fishing villages and surprising nature, there are the Riviera dei Fiori and the Riviera delle Palme .

Map of the Riviera di Ponente

From Ventimiglia to Capo Mimosa, in the municipality of Cervo, the area is renowned for its mild climate all year round, for its beautiful medieval villages and for its unforgettable panoramas.

Refined and elegant places such as Bordighera and Sanremo have been the destination of nobles from all over Europe since the end of the 19th century and today they are sea destinations loved by travelers from all over the world.

Behind the popular seaside resorts lies a rich hinterland dotted with marvelous pristine medieval villages, all to be discovered.

During the visit of villages such as Dolceacqua, Apricale or Triora the advice is to immerse yourself in nature with a walk through the woods or canyons carved by water over the centuries.

Find out more on the Riviera dei Fiori.

The territory that includes the province of Savona, with Varazze and Spotorno is called the Riviera delle Palme.

This part of the Ligurian Riviera is dotted with seaside towns historically a destination for tourism from the major cities of Northern Italy.

Alassio, known for the “muretto” (little wall) where many famous people have left their signature and for the beauty contest that takes place in summer, is one of the most popular destinations.

Finale Ligure, which, in addition to seaside tourism, attracts mountain bikers from all over the world. 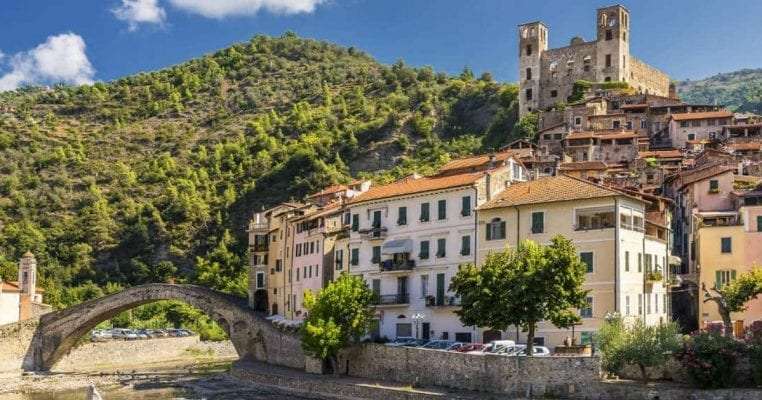 What to see on the western Ligurian Riviera

Crossing the Ponente Ligure in the two Riviere in which it is divided, you will discover a coast that manages to give the attentive tourist glimpses and monuments of undoubted charm.

Towns and villages of western Liguria

From west to east, the west is full of wonderful medieval and maritime villages where you can spend romantic moments or with friends. For photography lovers, numerous views lend themselves to making wonderful shots.

To explore the most beautiful villages, the ideal is to organize a weekend and stay in Bordighera, which besides being a welcoming seaside resort and having a beautiful historic center, is right in the center of countless points of interest.

Just above the city of the Palms overlook Seborga, a real principality with a Princess, and Vallebona.

Along the Val Nervia you can admire the splendor of Dolceacqua , the ancient city of the Dorias. Apricale , a charming and ancient village with incredible views. Then Pigna and Rocchetta Nervina , the land of fairy tales and the lakes popular during the summer.

The impressionist painter Claude Monet fell in love with these areas and portrayed them in his numerous paintings. 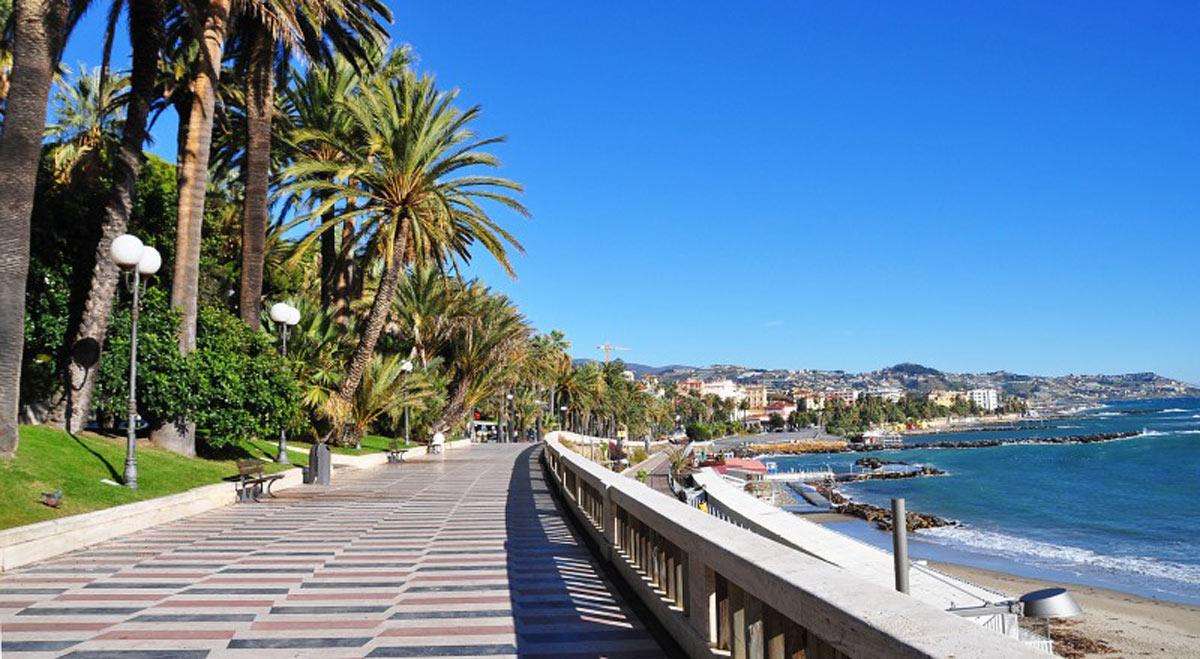 The nearby Sanremo is more social with its elegant boutiques, the Casino, and above all the Italian Song Festival, where the greatest local resource, the splendid flowers, is shown.

Outside the spotlight the city also has a more authentic nature, just browse through the small shops in the historic center, the “Pigna”: it is the Pigna district, a maze of narrow streets common to the many enchanting villages in the valleys in the hinterland. Where the biggest surprises lie.

Behind it, going up several kilometers, it is possible to visit Triora, the town of witches. Here in 1500 a long and dramatic trial took place of women accused of witchcraft.

From Diano Marina onwards the best known places are coastal ones such as Alassio, Pietra Ligure, Varigotti, Finale Ligure, Noli and Spotorno. 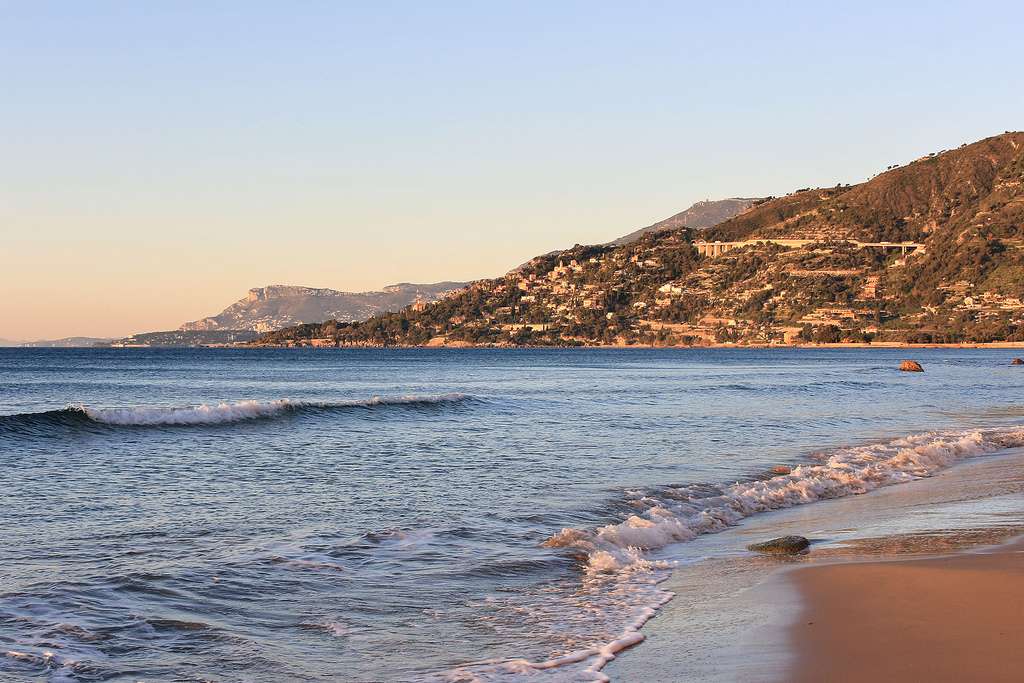 In the west there are numerous beaches where it is worth stopping or spending a day in the name of tanning.

Close to the French border, you cannot miss the Balzi Rossi beach and, a few kilometers further on, the Calandre beach.

In Bordighera, residents and tourists love to dive from the “scoglio alto” which is located near the church of Sant’Ampelio.

The beach most loved by the people of Sanremo is the “tre ponti” beach: small beaches of fine sand and surfers who ride the waves during rough seas.

In Varigotti the most popular beaches are the Baia dei Saraceni, recommended in the low season, and Punta Crena, which is much quieter. 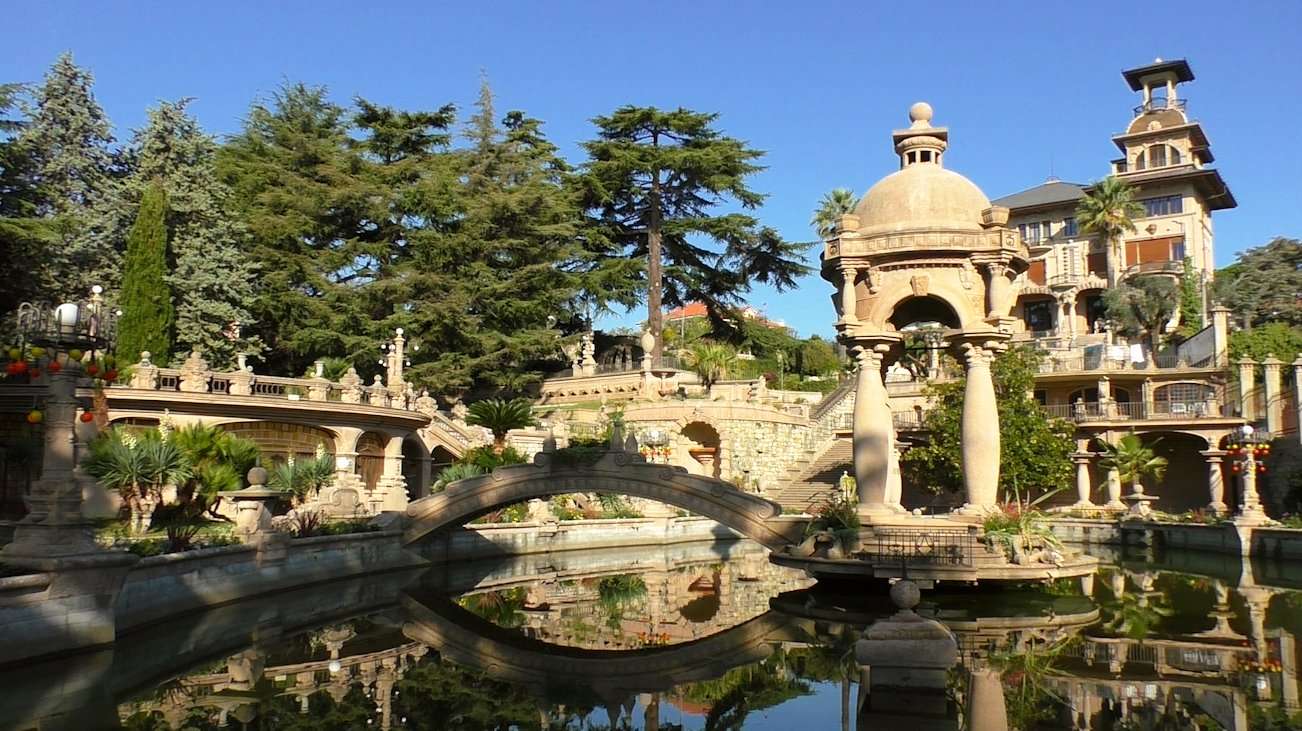 Parks, museums and much more

In addition to the villages, seaside resorts and beaches, the western Liguria has much to offer: magical gardens and villas, historical museums, castles and much more.

Ventimiglia, for example, is a city rich in history and culture. Here, in addition to a walk in the historic center, a visit to the Hanbury Gardens and the Balzi Rossi museum cannot be missed.

In Bordighera another excellence in the world of botany is the Pallanca Exotic Garden.

In Imperia Villa Grock is undoubtedly one of the most particular and bizarre buildings that can be found in the Riviera di Ponente. 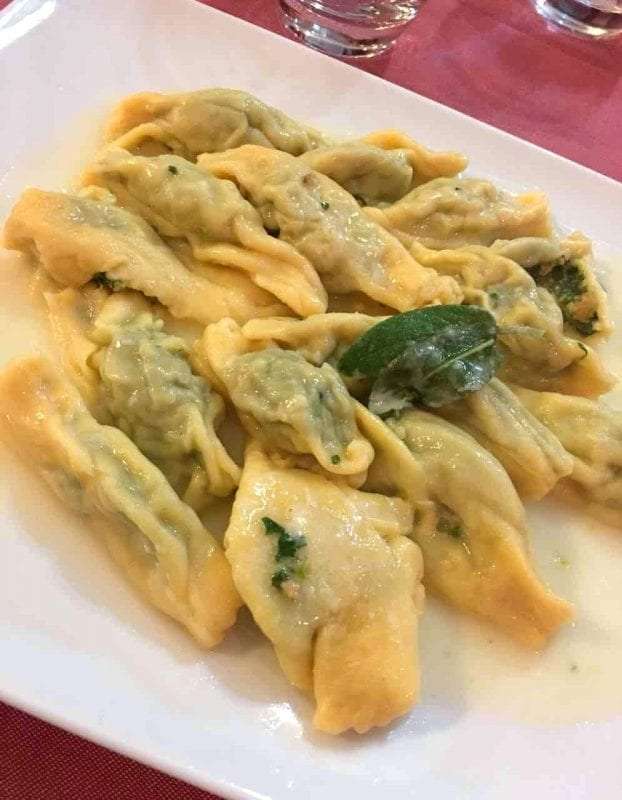 The Ponente, like all Liguria, knows how to take by the throat too.

The authenticity of the kitchen is associated with the excellent quality of the raw materials: oil, wine, basil, aromatic herbs.

All accompanied by excellent wines, such as the Rossese di Dolceacqua Doc.

The journey through nature, art and gastronomy promises to be of unquestionable charm. 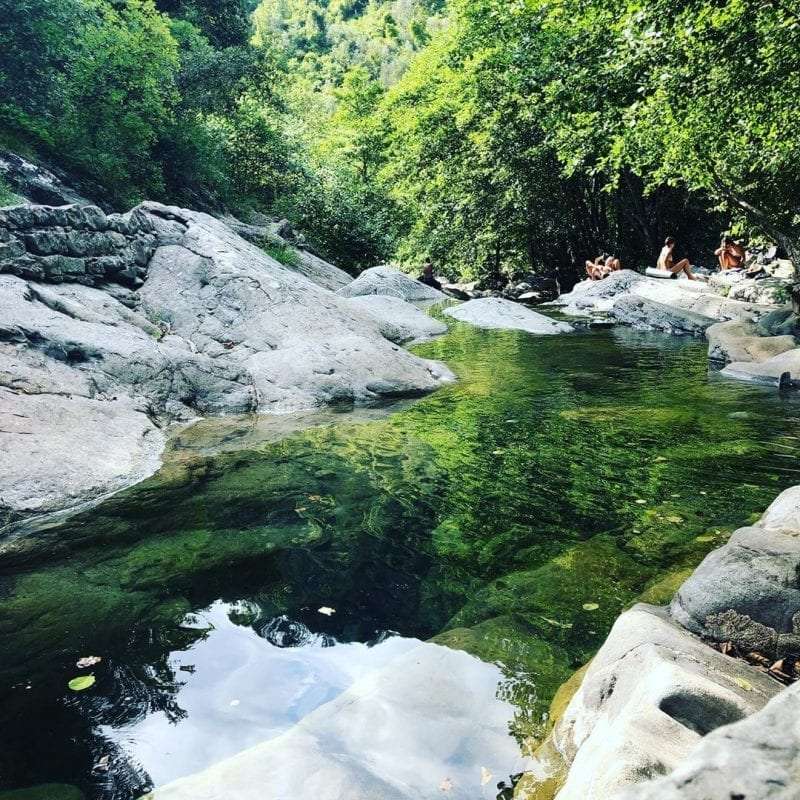 Now that you have reached the end of this guide on the Riviera di Ponente you will know exactly what to expect from this varied territory.

As you could see, a trip to the western Ligurian coast satisfies nature, culture and history lovers, as well as all lovers of good food.

The important thing is to have the right suggestions: you can discover the secrets of this area on the pages of this site.